Manish Malhotra paid a splendid tribute to his glorious 11 years of career span which began from New Delhi Couture Week itself. Last night, The Persian Story by the veteran designer gained applauses from all over as he presented the suave and sizzling trends on ramp with vigor.

Deepika Padukone walked as a showstopper and swirled like a aPersian Princess in it’s true sense and matter. We love how gorgeous she looks in this avant garde haute couture.

The biggest trend we spotted was certainly the heavy embellished lehengas with a romantic twist and Bardots that exude sheer feminism and delicacy.

Bardot Trend- because shoulders are the new cleavage

Bardots – less glamorously known as off-the-shoulder tops – are omnipresent on the high street fashion. A trend that was a rage amongst women in the 80’s is now back. Validating the fact that there’s nothing hotter than showing off your shoulders this season, designer Manish Malhotra presented the Bardot version of blouses on his couture runway in the Capital. 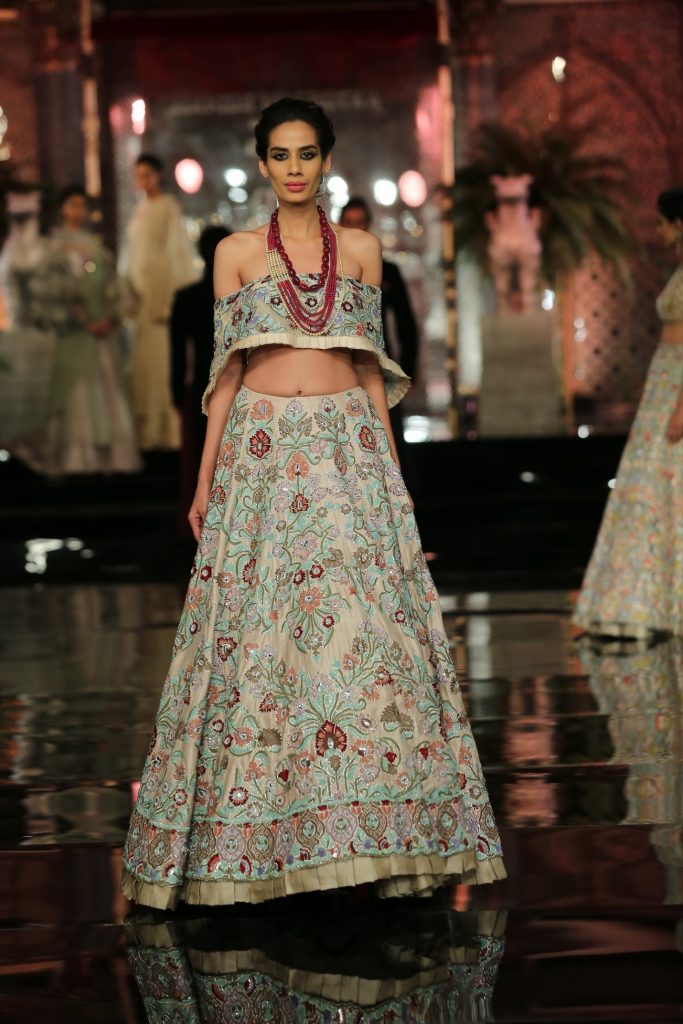 Other models too were seen sporting the trend as they strutted down the runway with romantically exposed shoulders that were paired with heavily embellished lehenga skirts.

So, if you are still not sliding your sleeves off them shoulders, now’s the time to re-style your wardrobe.

Style tip: Why not try the Bardot blouse with a sari? Ditch the staple tailored versions and go for the retro Bollywood inspiration for a fun monsoon wedding. 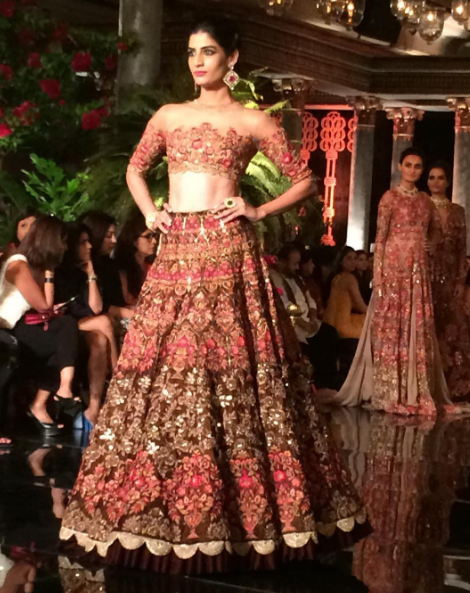 The first day of India Couture Week saw the models carrying off the comeback trend of Bardot blouses, which are primarily those that fall off the shoulders to expose some skin. 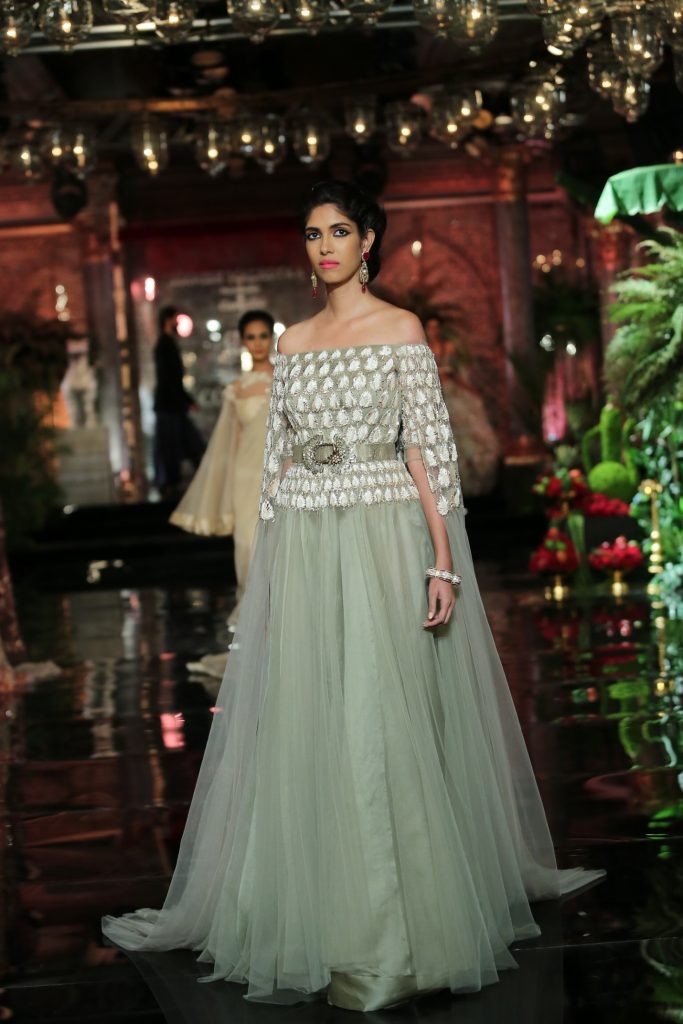